Decked Out in Midtown - Deco Era Buildings and NY Glamour ​

BOOK A  VIRTUAL TOUR AND KEEP YOUR FAMILY AND/OR COMMUNITY IN TOUCH WITH ENJOYABLE ONLINE SHARED EXPERIENCES!

Don't forget to see all available tours listed in "Tours Offered" tab above - available by request for groups of any size.

ALTERNATIVE DATES AVAILABLE FOR TOURS BELOW. EMAIL ME -  ProwlerNYC@gmail.com

Castles in the Air - Glamorous Hudson Yards and Its Historical Underpinnings:

Puritans, Immigrants and Slaves - Central Park and the Vision of a Cohesive Society:

Join me to Prowl through North America's largest private mixed use real estate development - Hudson Yards. This massive new commercial-residential realty project is just beginning to transform the far west side of Manhattan. We will trace its evolution from industrial and then dilapidated property, into a glamorous, transformative pedestrian culmination for the recently developed High Line and for the evolving 34th Street corridor. All this, while leaving intact its foundations in the railroads and tunnels that brought and continue to bring the masses into New York.
Highlights include a walk through the upscale new retail area anchored by Neiman Marcus, and through the public plaza area, including The Shed performance and exhibition venue, and a short section of the High Line. The tour will culminate with a visit inside the magnificent public sculpture currently known as The Vessel. This is a 2 hour tour on mostly level terrain, with the exception of the Vessel which is accessed by stair or elevator, and the indoor shopping area, accessed by escalator.

Not Starving Artists :  How the 1800s Art Scene Spawned the Co-op 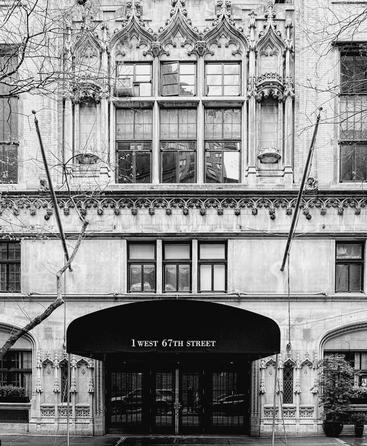 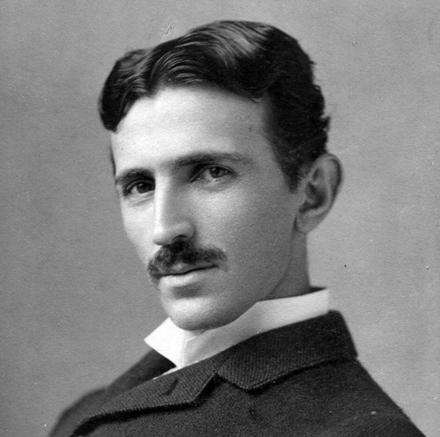 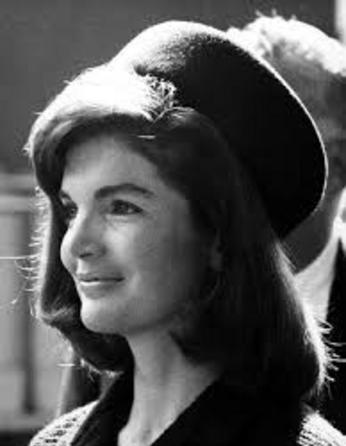 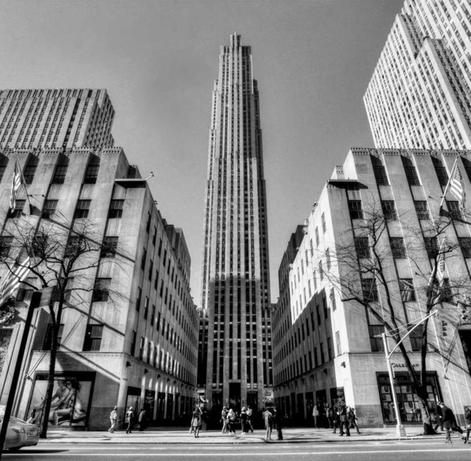 Join me for a very Picturesque Prowl through historic Harlem, once a bucolic estate setting for gracious mansions, later a hub for European immigrants, and then the destination of southern Blacks fleeing Jim Crow and migrating to the North in pursuit of jobs and rights. We will visit settings associated with all of these phases of Harlem's history, while concentrating on the emergence of the Harlem Renaissance, that wonderful period of Harlem history when the creativity of Black writers, musicians and performers became a sought after and much admired influence on American and world culture. We will walk through Sugar Hill, past Hamilton Grange, Hamilton Heights, the historic City College campus, Strivers Row, and the Abyssinian Baptist Church, and see sites where well known Harlem residents lived. We will end this enlightening and pleasurable Prowl at a special pavilion to view historic WPA era murals depicting the lives of Harlem's Black residents.  (Allow 1-1/2 hours for this online tour)

Historic Harlem, from the 1600s to its Renaissance and Beyond

In 1902, the dominance of the Vanderbilt-controlled NY Central Railroad was threatened by a ban on their steam powered locomotives in Manhattan, as well as by the rival Pennsylvania Railroad tunneling under the Hudson River and arriving on Manhattan's west side. Join ProwlerNYC to learn how the NY Central responded to these challenges,  creating a precedent in development that continues to revolutionize New York City real estate to this day. Content covers the growth of midtown and the development of the skyscraper, with stylistic examples from its earliest incarnations, to today's 'Supertall' structures on or near Park Avenue. Tour begins in front of the Pershing Square Cafe,  90 West 42nd St. across from Grand Central Terminal, and ends at architect Rafael Vignoly's 432 Park. Allow 2 hours for this tour on generally level sidewalks.

Native Americans traded Manhattan to Europeans for shells, but later exchanged their monumental building skills for a handsome living that took them off the reservation and to dizzying heights. Join me for this enlightening walk in the charming and rapidly changing Boerum Hill section of Brooklyn, where we will discover the history of the Kahnewake Mohawks, who once had a thriving community here. They fearlessly built the towering steel structures for NY’s most notable skyscrapers and bridges of the 20th century, but their lives were forever changed as High Steel went up in smoke...

​EMAIL ME FOR DETAILS  -  PROWLERNYC@GMAIL.COM 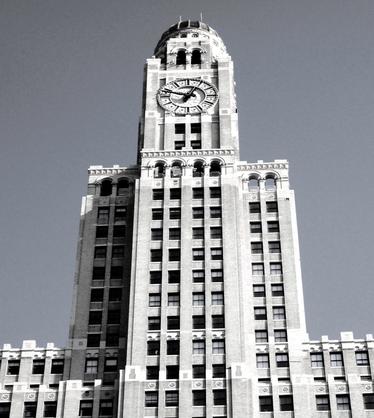 The Little Pillbox Hat Tour :  (wear your favorite one!)

Jacqueline Kennedy Onassis and the Preservation of Our Architectural Treasures 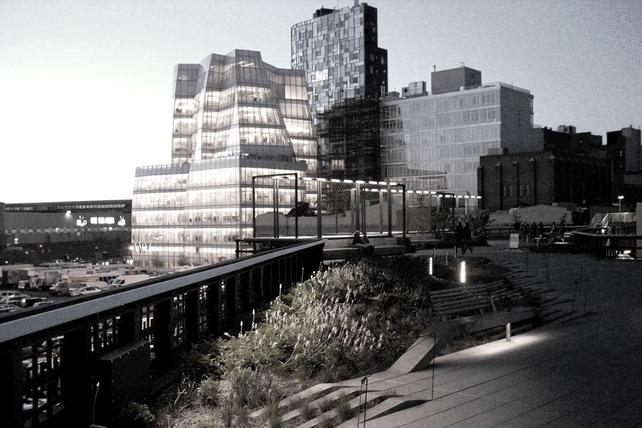 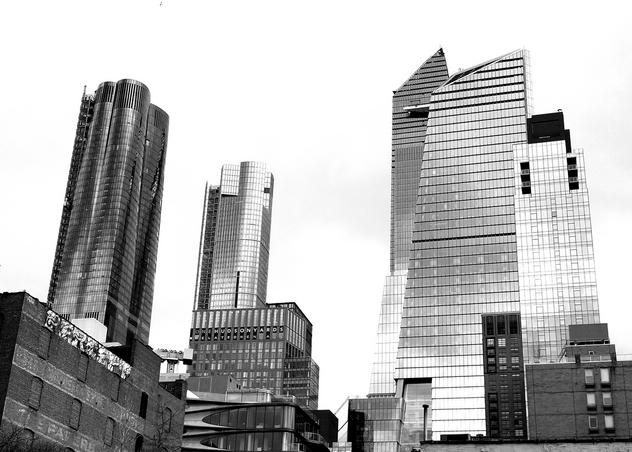 Terminating the remains of the opulent 5th Avenue luxury retail zone sit the still-reigning hospitality jewels of yesteryear. The surviving triumvirate of The Plaza, The Pierre and the Sherry Netherland Hotels are notable Grande Dames of hospitality . These luxurious destinations have catered to discriminating travelers and local residents wishing to wake at the doorstep of rarified purveyors of finery, connoisseur quality restaurants, and the timeless romantic elegance of Central Park. Lets explore tales behind the creation of these landmark abodes, and their relationship with the evolving character of Millionaires Row and the changing city beyond. (2 hour tour, good for inclement as well as fine weather, as much of the tour is indoors)

EMAIL ME FOR DETAILS  -  PROWLERNYC@GMAIL.COM

While socialism emerged in the 1800's European utopian dialogue, New York artists sought to make their mark on the international art scene. Our walk will illustrate how this utopianism was adapted domestically, through the genesis of cooperative living arrangements, originally by and for artists. Their goal was to enhance innovation and collaboration through proximity to an extended creative community. Join me on a visit to the West 67th Street Artists Colony; a string of well designed and appointed cooperative residences that to this day are peopled with creative individuals. Then let's stroll down to West 57th Street to see the institutions that were originated by these dynamic individuals - Carnegie Hall, the Art Students League, and other beautiful classic studio buildings along the way. (allow 2-1/2 hours for this tour)

Art Wars - The  Met, MoMA and the Whitney, and What Each Will Argue

Step off the sidewalk and back in time to the glamorous twenties. Explore the backdrop of that romantic and high living era by joining me to view magnificent period lobbies on or near Park Avenue, including '30 Rock', the Fred F. French Building, the former Shelton Towers Hotel, the Chanin Building, and the iconic Chrysler And Empire State buildings. These opulent landmarks are local place markers in the chronology of architectural form. Learn about the frenzied one-upsmanship that bred the 1920's race to build the tallest building in the world, and the colorful characters that competed in it, forever transforming the skyline of New York and creating a vivid new language of architectural style. (allow 1-1/2 hours for online tour; 2 hours for LIVE!! Level sidewalks)​​​

Contact Me for registration information and additional dates! ProwlerNYC@gmail.com

Using Rockefeller Center as a backdrop, join me to explore how the Center's form, decoration and distinguished public spaces reflect the legacy of the corporate powerhouses located there, and the personal contributions of their leaders to America's rise as a superpower. We will focus on the substantial influence that members of the Rockefeller family exerted in the Second World War and in 20th century politics. Includes surprising details on the role Rockefeller Center in the formation of America's clandestine activities, dissemination of American culture worldwide, and America's emergence as an economic and military superpower.  (allow 1-1/2 hours for this online tour)

Contact me for registration information and additional dates! ProwlerNYC@gmail.com

Rockefeller Center and the American Century: 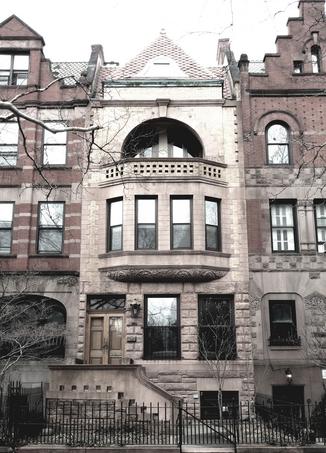 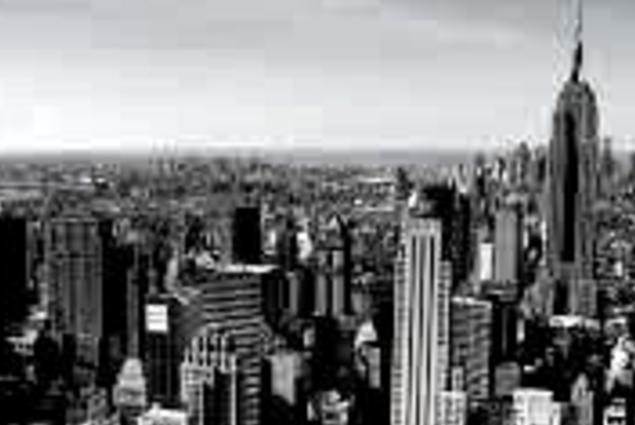 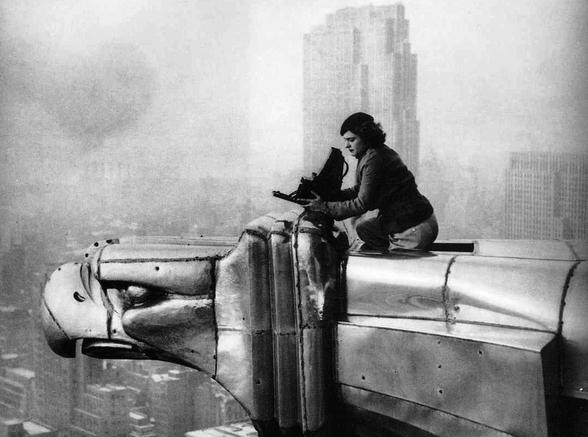 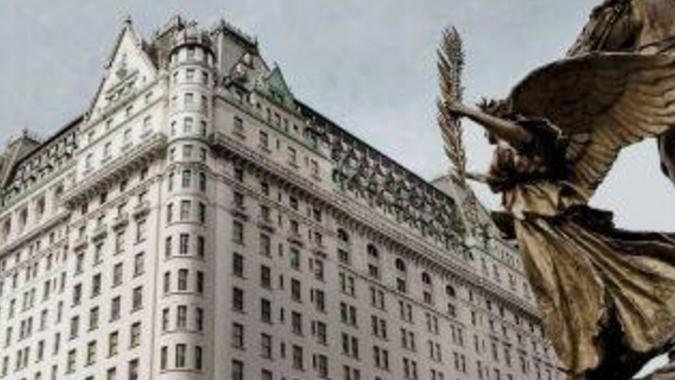 From quietly influencing the powerful people she was surrounded with, to outright personal action, JKO fought to advance an enlightened cultural agenda inspired by her storied upbringing. Join me to learn about the very important role that our most unforgettable First Lady played in defining good taste, high culture, and the importance of preserving the livability and distinctive architectural character of American cities. We will visit buildings associated with her charmed and often not-so-charmed existence, reliving the excitement of the Kennedy/Onassis years while considering her very important advocacy work in shaping and preserving New York. (allow 1-1/4 hours each session for this online tour)

Join ProwlerNYC to see the local haunts of the mad genius who brought us the Induction Motor, Current Wars, power distribution, a deluge of patents, and a fantastic deserted monument designed by the eminent architect Stanford White, meant to generate wireless power, graphic images, sounds, data and maybe even a focused DeathRay into the aether! Backed and then deserted by the Robber Barons of the last century, Tesla’s musings, inventions and rantings predicted and gave form to our modern technological era. Join me for a virtual walk in the footsteps of this eccentric and colorful resident who left a charged impression on New York City. (allow up to 2 hours for this online tour) 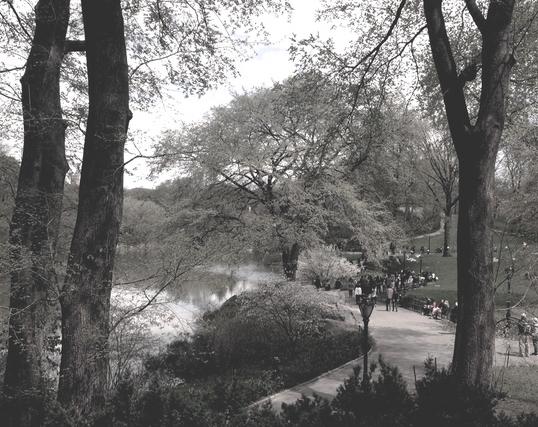 Down the High Line - Former Path to Hell! 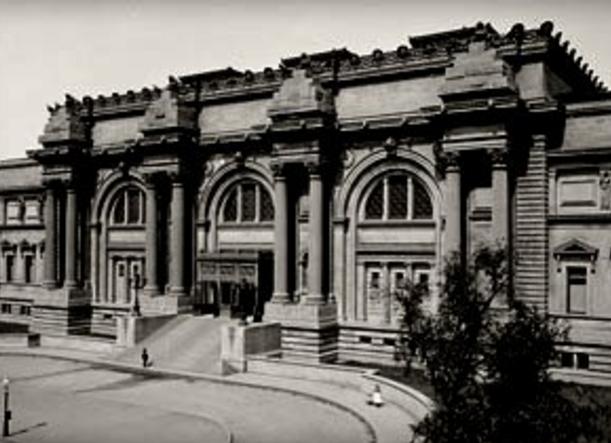 After the Civil War, stewards of our young nation sought to develop artists with talent to rival that of Old Europe. Their goal was to elevate the level of refinement of the average American, and prove that we could be preoccupied with more than the almighty Buck! On this pleasant Museum Mile trek, we will discover how the keepers of our first cultural collections defined art and decided what would or would not hang within their walls, in the process competing with each other and the highbrow institutions overseas. This tour focuses on museum architecture as a reflection of their founders, mission, and the collections inside. Also features the surprising role of our government in defining what is art. Tour includes viewing and discussion of the National Academy of Design, the Whitney Museum uptown (now the Met Breuer), as well as MOMA, the landmarked Metropolitan and Guggenheim Museum facades, the Art Students League, and the new Whitney. (allow 1-1/2  hours for this online tour)

Contact Me for registration information and additional dates! ProwlerNYC@gmail.com

A new way of seeing an old classic. The Erie Canal and industrial expansion propelled New York City to the economic forefront in 1800s America. People flooded in to seek opportunity. Yet, inadequate housing and sanitation bred epidemics and squalor. Old World monarchs and aristocrats and Southern plantation owners derided the Yankee and his unholy metropolis. Join us to discover how the stewards of New York development addressed these problems, while hoping to elevate American culture and unite the city's disparate classes, religions and ethnicities through the gift of a Central Park. (allow 2 hours for this tour)

What a meat market! Join me for a colorful Prowl through Manhattan's gorgeous new park, where drug addicts, prostitutes and gay/transgender life flourished in the years before its magical renaissance in the early 2000s. We'll have a colorful discussion about the industrial, architectural and social history of this pulsing artery traversing sought-after neighborhoods that restored or replaced former rail yards, food markets, slaughterhouses, and dark recesses that accommodated the seamier side of life. Join our parade of peeping Toms as we peer through glass facades at area occupants who willingly reveal their lives to this public promenade. We will learn how the High Line's history still shapes its future, while becoming familiar with Hudson Yards, Chelsea, the Meatpacking District, and prominent old and new buildings nearby. (allow 2 hours for this tour)

A Phoenix Rises From Ashes - The NY Central RR and the